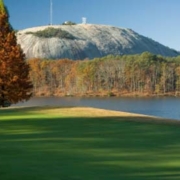 Having a temperate climate, Atlanta offers its residents four distinct seasons. The flowering of the dogwood trees in the spring brings a festive air to the city, one of the greenest metro areas in the eastern part of the nation. Temperatures average in the 60s during the spring season, leading residents to return in force to outdoor activities, with joggers and bicyclists being the most noticeable as the area’s flora begins to bloom in earnest.

Summers, which can have extended hot and humid spells, are tempered somewhat by Atlanta’s elevation on the edge of north Georgia’s Piedmont region. The summer temperatures average in the 70s and 80s, with many days that seem custom-made for tall glasses of iced tea that stretch time into a slow, long, elastic state. Cookouts abound in backyards and parks as people connect with their “inner griller” and cooking barbeque approaches the status of a sacred ritual.

When fall moseys into the Atlanta region, the abundant greenery creates a decidedly more colorful canopy. The temperature starts to cool down and averages in the 50s and 60s. The cooler temperatures provide a welcome contrast to summer’s heat and energy fills the air as the school year hits its stride. Fall is perhaps the most popular season with outdoor enthusiasts as the moderate temperatures keep active sports participants cool and comfortable.

Winters can be cold but daytime temperatures are usually comfortable enough to enjoy being outdoors. The temperature averages in the 40s and 50s during the winter months. It’s not unusual to see couples getting engaged in tennis doubles or foursomes out on the links during the winter season. The great numbers of pine trees in the region give a decidedly softer edge to the colder months by displaying their boughs of green needles. Snow and occasionally an ice storm will appear usually only once during the season. Rarely does the weather prevent normal daily activity.

The average annual temperature in Atlanta is 61 degrees, making it a typically comfortable climate.  It rains an annual average of 116 days out of the year, accumulating to about 50 inches of rain each year.  Severe weather by and large seems to bypass the heart of Atlanta, with areas on the northern and southern edges of the metro region experiencing more of the occasional intense weather.

Click here to receive market updates in your area